2007 and 2008 were quite the years: a time of friendship and drug experimentation and further travel, and then back to Burning Man… Which leads to the moment you’ve all been waiting for, at last I move to China! 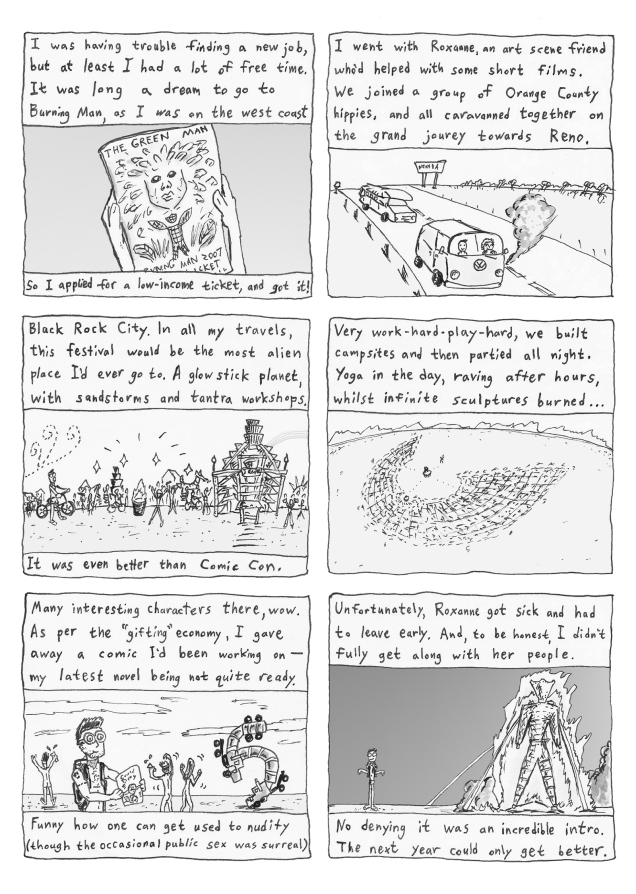 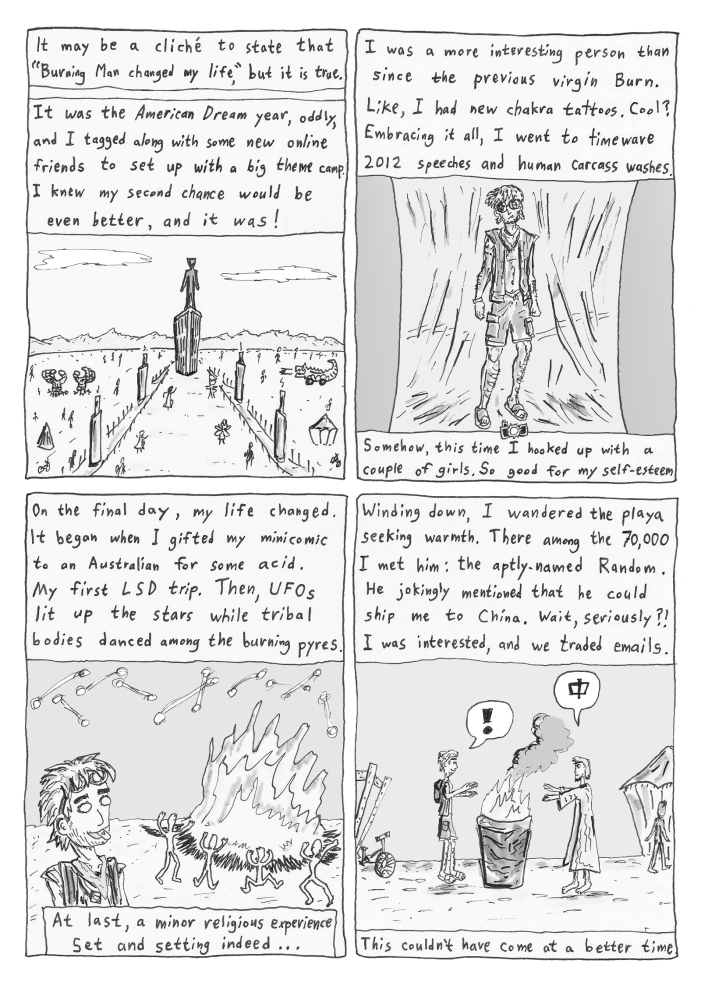 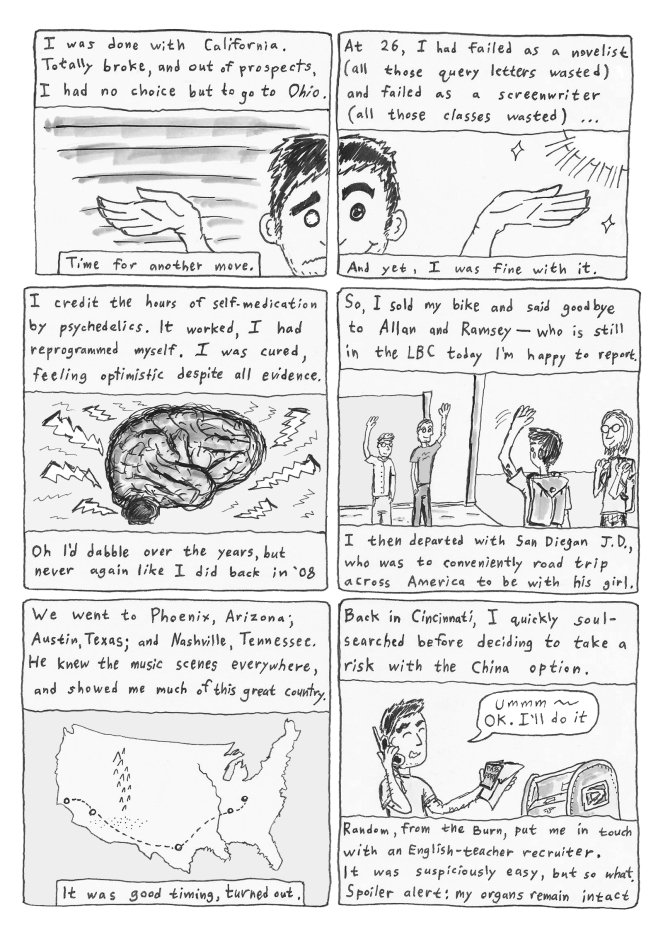 The time has come for these posts to get autobiographical. I do have a few stories worth telling, and now’s the time to tell them.

Let us start at the relative beginning. By the beginning, I mean the beginning of my expat life. Not that it wasn’t interesting before that, but let’s have some continuity.

It’s like this: Whenever you go to a party and meet someone, after the obligatory questions of “Where are you from?” and “What do you do?” are over with, one common question is to be asked is “How did you get to China?” It’s a fair query and I’ve asked it myself. My story is a bit complicated and concerns a desert rave festival. So here it is…

It was the summer of 2008 and I was a tad anxious. I’d lived in Long Beach in Southern California for three years, a cool city part of greater Los Angeles County, and I’d just finished a run at a lame office job. Before that, the proverbial server gig and college credits. Somehow my goals of becoming a famous screenwriter hadn’t come to much fruition. I was a bit in between things and trying to figure out my next step. Meanwhile, I was all set to go to Burning Man!

I had already been to Burning Man for the first time in 2007. If you don’t know it, google pictures of it immediately. There are already plenty of writings out there about this extreme music and arts festival, and now it is my turn to have a go at my own “this one time at Burning Man” story.

Firstly, one needs to know the basics. END_OF_DOCUMENT_TOKEN_TO_BE_REPLACED