But beware of the Disney-esque song and dance numbers 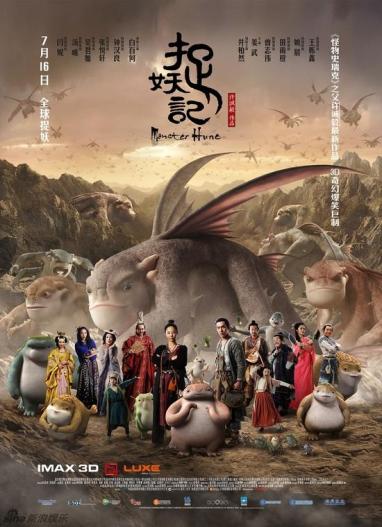 If you happen to live in China, unless you’ve been hiding under a rock, you must have seen some of those endless advertisements showcasing adorable monsters. That would be the phenomena of Monster Hunt (捉妖记), the now highest-grossing domestic Chinese film of all time. Directed by HongKonger and animator Ramon Hui, who also co-directed Shrek the Third, the film has captured the hearts of millions and paved the way for new Hollywood-style budgets in Chinese film.

Better late than never, I decided to finally see it. With English subtitles. Monster Hunt is an enjoyable adventure that utilizes the Hong Kong-style of action comedies, and mixes it with a mainland’s aesthetic for ancient China settings. Mostly family friendly, the film does include a few racy jokes including a male pregnancy and “birth” scene.

While the plot is fairly predictable if you think about it too much, there are enough surprises to entertain. Baihe Bai plays well as an up-and-coming monster hunter, although of course it turns out that the monsters aren’t all evil and new sides must be chosen. Boran Jing is adequate enough as the comic relief partner.

Warning, there are a few Disney-esque song-and-dance numbers which strain credulity even for this film, and gives it more of a childish tone than audiences might expect.

He only comes in halfway through, but the cute monster Huba is the true star of the film. The plot revolves around the monster being rescued and his royal lineage bringing new peace to human-monster relations. And, obviously, he makes a great mascot to sell toys. The CGI special effects portraying this character work well, especially impressive considering it’s a mainland China film.

On a more interesting and deeper note, the film does seem to have a valid message in all that. Specifically, it critiques the unethical Chinese practice in which the wealthy eat endangered species. When the villains make dubious claims that eating monster meat will bring youthfulness and vigor to shallow snobs, one can definitely see the same thing as relating to the cruel poaching of tigers and rhinoceroses and so on. Questioning and mocking such pseudo-medicinal practices is a very positive message to teach the Chinese youth.

Overall, it’s a good thing for Chinese cinema that they are able to make these kinds of films. It will remain to be seen how they’ll do competing with the West in the future, but it is a good start if nothing else. And, the story was left open for a sequel…

On Sunday afternoon I went to the B10 art hall for the “2nd Shenzhen Independent Animation Biennial” within the OCT Loft neighborhood.

I think it’s more a video art exhibition than animation. But semantics.

Can you make out the artists? Somewhat international.

An avant-garde Japanese film, of which I honestly could not understand:

I quite liked this Taiwanese loop, critique of consumerism it must be: 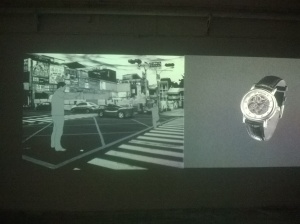 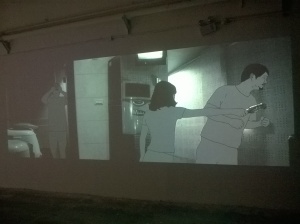 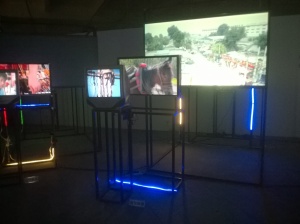 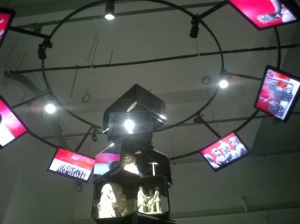 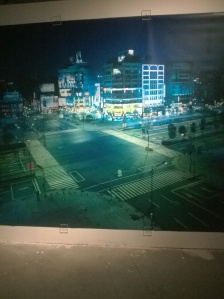