My epic summary of all my favorite comics has now concluded.

I shall now epilogue this blog series with a simple post about what I am currently reading.

In the end, I hate to say it, it’s still kinda about Marvel vs. DC.

Consider that both mainstream superhero comics are simultaneously promoting very similar continuity-rebooting crossovers about alternate universe locales being stolen away and various versions of characters fighting each other: Secret Wars and Convergence. 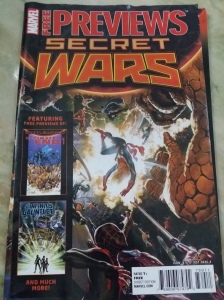 I got a free preview for Secret Wars. Now all the universes are dying, and the Ultimate and 818 will combine! Or something. I do like Jonathan Hickman and followed his Avengers run, which all led up to this. Guess I’ll do the graphic novel eventually…

Convergence is interesting, in that it’s less of a big deal but it includes callbacks to DC eras I once enjoyed and now miss. Specifically the pre-52 DC of the 90s and 2000s! I do love that Wally West is the Flash and has a family, and Clark Kent is married to Lois Lane (by Dan Jurgens no less). What can I say? I’m sappy that way sometimes. 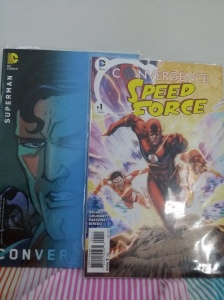 Speaking of DC and parallel Earths, Grant Morrison on Multiversity. I finally completed the story with the final issues and they are very, very good. Not Morrison’s best, but what could ever be that brilliant? Fun cosmic action as only he can do it, of course with many metafictional elements. One of the best things is that it’s self-contained without requiring endless crossovers to tell the story of Ultra and multiple Supermen against the archetypal hordes of cynicism. Perhaps there will be a sequel but I hope it doesn’t take too many years to come out. 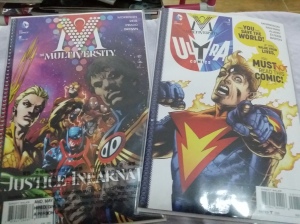 Speaking of brilliant, the highly literary League of Extraordinary Gentlemen by Alan Moore and Kevin O’Neil. I want to round out the Nemo trilogy with River of Ghosts. It’s already been out but I haven’t gotten the chance to purchase it yet. Damn you Hong Kong comic shops last week! After tthis hat, perhaps no Moore comics for another decade. So story of Captain Nemo’s daughter in Nazi South America better be good. 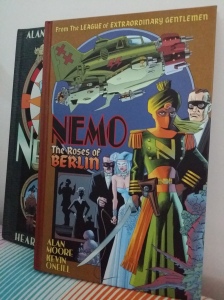 Speaking of acclaimed British authors, Neil Gaiman. Sandman Overture, the late update to the 90s classic, has been coming out very slowly. The incredible art by J.H. Williams is worth it, but I may be regretting already buying the individual issues and not waiting for the inevitable reprint. Dreams, dreams, dreams. 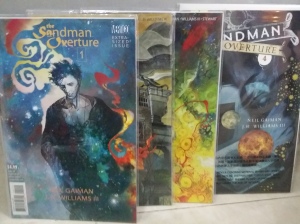 And speaking of Vertigo: Fables. The long-running series about fairy tale people hiding out in modern New York — the greatest currently published by DC/Vertigo — is ending after all these years. The trade paperback editions actually sell more than the magazine issues, so the final issue 150 will apparently also be a full graphic novel volume 22. That’s an amazing idea. But will take until late July to be completed by artist Mark Buckingham.

Whatever will happen to Snow White and rivalrous sibling Rose Red and the Camelot metaphor? I’m dying to know. Writer Bill Willingham hasn’t been apprehensive about killing off a lot of major characters; anything could happen.

So good, I even got my girlfriend to become a Fables fan. 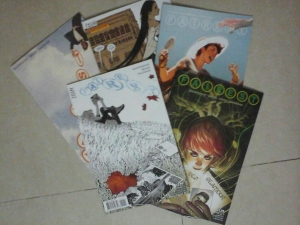 Can’t leave out my favorite Shonen Jump manga One Piece! By the hilarious Eiichiro Oda, Volume 74 has been released for over a month, how can I be so late?! Super stretchy pirate Luffy in the tournament and fighting against warlord Doflamingo must be one of the great all-time manga climaxes. Dressrosa, what a country. I heard a certain guy from Luffy’s past isn’t dead after all. I. Need. To. Read. Now.

All you people reading the scans are way ahead and even the anime is past that, yet I still insist on supporting the official Viz translation. 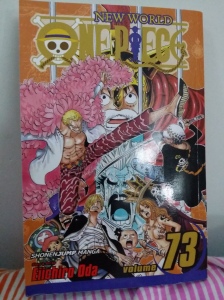 And that’s it. Those are the comics I currently read.

(At least the ones I buy. No comment on pirated online and such.)

Thanks for following along with my blog, all you comics fans out there! It was fun sharing, and even if you aren’t a fan I hope I introduced you to some possibilities of new reading materials. Read and read alike, it’s good for you 🙂