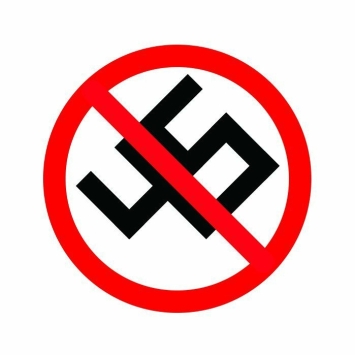 I don’t know what else I can say about the current events. No doubt you all know what is bothering me. That time I concluded America is irreconcilable seems to apply. I don’t even want to get into the details now, it’s too damn much.

I simply do not feel like summing up the events of the last few days in you-know-where and the comments by you-know-who. All I can say is just when it seems it can’t get any more disgraceful and internationally embarrassing, new depths are uncovered. Surely we cannot get used to this?

I especially don’t feel like calmly debating the merits of opposing racism and why Nazism is a uniquely negative thing compared to other forms of protest. The very normalization and mainstreaming of white supremacy is of itself outrageous.

Well, thanks for ruining everything Internet!

But really, I mean, there are so many other things politically that the United States and the world should be focusing on. Shouldn’t unequivocally denouncing Nazism be the lowest possible bloody standard?! Sadly, there’s a lot of backtracking and soul-searching to be done before anything else can progress. It is overwhelming to think about how much education is needed.

I also must say that I feel rather guilty for not being in the United States at this time. I wish I could do more. Here I am, comfortably typing from thousands of miles away. I should be there and I should be doing more. Another sadder part of me however is glad that I am thousands of miles away and not in that weird country. If there was ever a time to be a citizen of the world, or what.

And now here we are. A fringe group known as the alt right, the worst possible people in the heart of my homeland, the very worst of America, and they are actually being encouraged by the highest levels of government. I will never understand how we got here. Turns out I was rather naive wasn’t I.

It will be interesting to see what will be in the next three years. Impeachment cannot come soon enough. The tweeting and the impromptu press conferences and petty party (and tribal) politics, all of that needs to be over. We cannot take any more of this.

In the meantime, it won’t be easy to keep sane. I wish the good guys luck.

Anyway, the very least I can do is share this extremely important and extremely distrurbing Vice report which absolutely everyone must see:

One more thing to add, here’s a rant I recently wrote on Facebook in which I get a lot more specific about these issues. Assuming my perspective matters at all, here you are…

Dear idiots who think white supremacists neo-nazis are the same as left-wing protesters:

1. America does not have a specific history of socialist tyranny. Even if some antifa types identify as communist (without getting into the more moderate spectrum from social liberals to democratic socialists) there are no statues of Stalin or Mao in the United States. But there are statues of confederates, so these are different things with different contexts.

2. Black Lives Matter, whether you like them or not, is about a minority group who live in a country with a deep history of oppression. Their thing is protesting police brutality. White supremacist neo-nazis are the majority race, and their mission statement is to take down minorities. It should be easy to tell who is doing the bullying and who is fighting back from bullying.

3. The violent events in Charlottesville happened because white supremacists organized it, and the counter protest occurred in response to that. This was not a case of two equally bad gangs just randomly bumping into each other. The white supremacists are the initiators of what happened. That’s how cause and effect works.

4. Again, America has a specific history of oppression. There’s history or even heritage, but a white rally supporting white nationalism or whatever the hell to call it kinda makes you the bad guy. Talk about punching down…

5. Lastly, Nazism is just clearly worse. It’s not just a little bit worse than being lefty protester, it is extremely fucking much worse. There is a good reason most sane people in the world have concluded it’s the worst regime in history. Stalinism and Maoism notwithstanding, antifa types or whoever are not Maoists. There is no reason to excuse goddamn nazism by suddenly making up unfounded fears of communism.

Look the whole point of the ‘unitetheright’ thing was racism. That was their central thesis. The other people however who came to oppose them for that are not the same thing. They are different things. One of the groups deserve unequivocal condemnation, while the other doesn’t.

Come on America, this shouldn’t be so hard to figure out.

5 thoughts on “Disgusted. Horrified. Enraged. I don’t really have the words…”