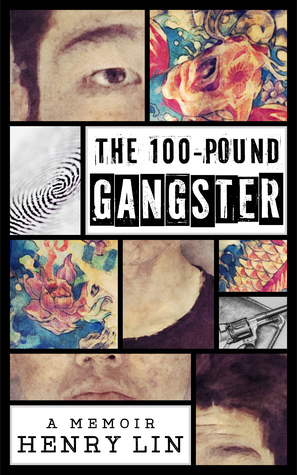 Well, I have mixed feelings on this.

Published by Signal 8 Press, The 100-Pound Gangster is a remarkable memoir by former gangbanger Henry Lin. Throughout this quick read, the author details his unique Chinese-American experiences growing up in the streets of Chinatown in San Francisco, which were surprisingly rough.

Most are familiar with Chinatown as a touristy place, but specifically back in the 1990s there was serious criminal activity going on at night after all the tourists left.

This book is not your typical Chinese memoir.

The tale is very personal, written informally, and starts out with Lin’s bitter memories about his home family life aside his unstable mother and hateful older brother. Meanwhile, he had to fight against Asian stereotypes and learned right from the start to be tough as the way to survive.

The best parts of the book tell the lesser-know stories and histories of Chinese organized crime, the Triads. From the Jackson Boys to Wo Hop To, it is certainly fascinating. However, even if one starts out emphasizing with the plights of the author the book later suffers due to his increasingly unlikeable nature. True, the narrator grew up around fighting and can’t entire help that violence is always around. It starts with selling fireworks as a child, and then gets far worse… But the way Lin embraces violence—particularly against women—makes it difficult to care for him even when he apparently repents by the end. There is the disturbing focus on guns, for example, and his proximity to murder. Overall, it’s still very much worth the read to learn about this underworld.

Lin’s story gets more interesting as he rises higher and discovers family connections. There always seems to be an Uncle around to give him the leg up, and he eventually ends up in Hong Kong where he meets a Grandfather who is both high-level Triad and possibly a spy.

The story jumps around in time, then going backwards to describe his time locked up in juvie, a place with more violence where he befriends convicted killers. At sixteen, he is locked up for a stint that lasts years. During his longest time behind bars, the young Lin finally starts to reform as he finds hope by writing for prison magazine, and later he’s lucky enough to be selected for a troubled youth school. When he is let out, older and wiser but still quite young, he gets a new start and there are lessons learned which does improve his character.

Yet there is always hustling, or a “one last big heist” crazy story–it seems he can’t get away from money-making schemes. The marijuana game at least is relatively tame compared to the more hardcore gang activities of his peers, and Lin knows this. A large portion of his writing is devoted to how he feels for his former comrades-in-arms caught up in bigger messes, but that may not be something most readers will get. Even if considering The 100-Pound Gangster to be a true crime nonfiction book, it lacks the objectivity for that genre. And so the reader is left conflicted about the quality of the book.

Another issue is that there is a brief mention of romantic elements but only barely glossed over. I would have liked to read more about Lin’s private life which would make him more well-rounded, since this is supposed to be a memoir. But Lin priorities in his writing are clear.

In the final chapter, there is much moralizing as he reflects and wraps it all up. To be honest, the moralizing doesn’t ring true after all reading all that he previously went through. One never gets the sense, despite his intelligence and potential for good, that he truly is that much of a decent person.

That said, Henry Lin is certainly has an incredible story to tell and he does so with brutal honesty. It wouldn’t be an interesting crime tell-all if he wasn’t who he was.

In any case, this is some memoir.

The 100-Pound Gangster is available on Amazon

1 thought on “Review: The 100-Pound Gangster – a crime story memoir”