I lost my heart in Japan

Next week on October 15th the new book from author Ray Hecht will be published by Blacksmith Books and I was lucky enough to get an early copy.

Ray Hecht has been living in Shenzen, China, since 2008 and has written several books about life in China – including “Pearl River Drama: Dating in China – A Memoir” – in which he writes about his own life and dating experiences. His newest book “South China Morning Blues” is seperated into three parts, that are named after three chinese cities; Shenzen, Guangzhou and Hongkong. 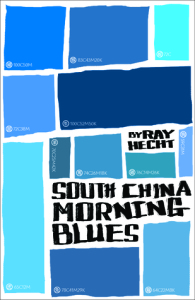 What I found most unusal about the book, is, that the reader learns the names of all the protagonists from the beginning, just like in a play. Even more interesting is the assignment of the 12 chinese signs, one for each character. Throughout the book the characters are identified by their…