A number of months ago I studied and studied until I was ready to take the HSK (Hanyu shuiping kaoshi/漢語水平考試, that is ‘Mandarin Chinese level test) level four. (四級)

Honestly, I’m not particularly good at Chinese. I have no natural talent at languages. I have however been constantly writing and rewriting characters over the last several years.

I didn’t take the level three, but the way to study is to memorize 600 vocabulary words from that test, and then 600 more level four. By the way, I’m obviously better at using pinyin feature to learn 漢字, which means I type Latin letters — English alphabet basically — on computers and phones. I can’t actually write all those characters from scratch, but I can definitely recognize them for reading. It’s like even in English I’m a bad speller but thank goodness for technology.

By the way my computer is stuck on Traditional script 繁體字. That’s okay.

I’d estimate I know 1800 to 2000 characters by heart? And still many thousands more to learn… 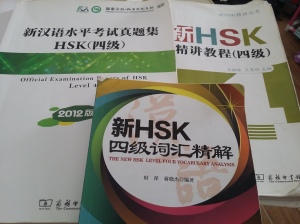 So I met with my tutor once a week, and she set up the test at Shenzhen University 深大. I took practice tests many times over. The test portions consist of listening, reading, and writing. Putting sentences in order is among the hardest parts, and I improved the most on listening.. I think I average about a solid 80-something percent B.

Somehow my reading is not half-bad for a foreigner, if I do say so myself, yet I still struggle with spoken Chinese. I need to get out there more.

Anyway, it’s been months and now I got the certificate in the mail. I can hang it on my wall and put on a resume. See how that works out for me in the future.

Perhaps next year the HSK 5–